6 Things to Immediately Do When Your Phone Has Water Damage

‘Kerplunk’ is a strange sound that’s made infuriating when it involves a toilet and your phone. If you’ve ever dropped your phone in the toilet, then you know the frustration and panic that ensues from those few seconds. As soon as that phone settles in the bowl, we all act like an Alaskan ocean rescue crew. No matter how many times it happens, the panic never wears off and the worries never cease. We put together some ways to help during your time of turmoil. Here are six things to immediately do when your phone has water damage:

It’s okay to panic a bit, but use that to motivate your quick calculated movements. The first thing you need to do is get the outside of the phone dry. It is usually a matter of taking off the case, wrapping the phone in a towel, and wiping off excess liquid. Don’t try to be a hero and remove the battery**. We recommend popping the SIM card out when being faced with the dilemma of water damage. The main thing that does is prevent water from being trapped in that slot. You should also tap the speaker and charging ports on a towel and attempt to dislodge water out that way.

2. Turn Off the Phone

This is as scary as the initial drop because if the phone turns on, it will likely cause irreparable damage to the phone. So, we recommend doing a hard shutdown where you hold the top bottom and the home button down to turn off the phone (iPhone) rather than the normal, manufacturer-approved way. (Of course make sure that it is not plugged in during any of the recovery attempts). Many Samsung devices can be hard shutdown by holding down the Volume Up and Power buttons.

It may sound like a fluke, but oftentimes letting water-soaked phones sit in rice for a day or two saves the day. Some folks recommend putting your phone in front of a blowing fan. That works fine, too, but the temptation to check on the phone and see if it’s dry might be higher because you have a visual reminder that your phone is unusable for a while. DO NOT blast your phone in the microwave or with a hairdryer; extreme heat is as much an enemy as water. Mashable also recommends using silica gel packets (MUCH more effective than rice!). It’s hard to have enough of these little buggers sitting around to be effective, but it’s an option.

After letting the phone bathe in rice/sit in front of a fan for at least 24 hours – face it: the screen reprieve was real nice – check it out to see if it seems dry. Tap the ports with your hand or a paper cloth to see if there are traces of water. If so, you might want to let it sit another half a day or so.

This step is optional because some phones are designed for easy removal of the battery. If this is the case with your phone, do this after step 2, and let the phone dry quickly and completely. Most phones that allow battery removal have a wetness indicator sticker under the battery. If the indicator is colored, it means your phone has sustained a significant amount of water damage. We have advice on that in the following step. Easy battery removal is not the case with the iPhone, and we recommend leaving the parts intact unless you feel really confident about meddling with the hardware.

Perhaps we all think that bad luck won’t happen multiple times, but so many of us have not purchased a waterproof case or invested in one of those pouches that is designed to save phones after being submerged. Because only some of these recovery options help any given phone, we suggest upgrading to a waterproof case like the ones offered by Lifeproof. 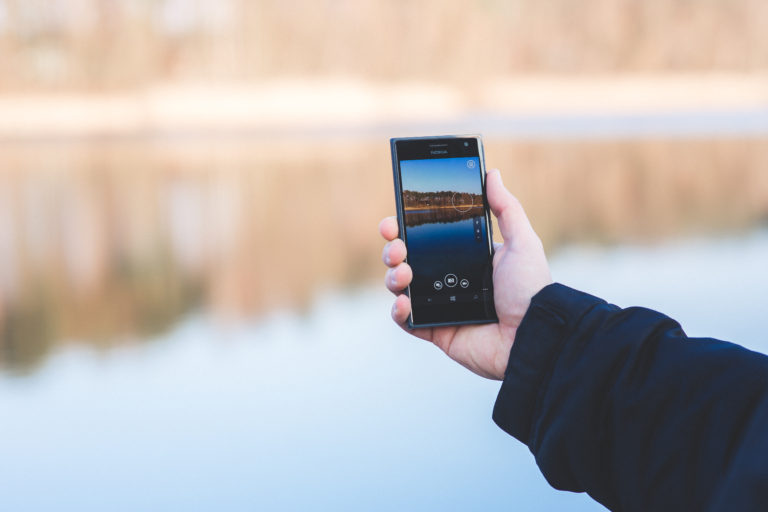 Dropping a smartphone in water can be devastating given how dependent we are on them these days. But, remember to not panic and try to act quickly. You can also take your phone to your  local cell phone repair shop for them to take a look because they’re pros with all sorts of options in devastating scenarios. Often with the right precautions, your devices could continue to work for months after the water damage occurs.