#TBT: A Cell Phone Used to Cost How Much?

Smartphones as we know them today are impressive machines that function like small computers capable of connecting the masses. We have come a long way in the technology that makes these connections possible, and we will surely keep advancing technologically with each passing year. Regardless of these accomplishments, the price of cell phones has always been a topic of conversation and is part of the what manufacturers think about when developing new experiences for their customers.

Most of us don’t remember the early cell phones or car phones that some of our parents had the privilege of using for work. It was a privilege, too, because having a cell phone has never been cheap. This is a #TBT list to answer the very important question, “Having a cell phone used to cost how much?”

In 1973, a Motorola employee named Martin Cooper made the first recorded cell phone call from New York City to the headquarters of Bell Labs in New Jersey. After several years of petitioning  the US Federal Communications Commission, Motorola placed the DynaTAC 8000X on the market in 1984. The phone took ten hours to fully charge and allowed for thirty minutes of talk time. In today’s prices, $3,995 would be about $10,000. That’s one expensive phone call!

Following the release of the first-ever car phone, Nokia Mobira Senator, in 1982, Nokia released the Mobira Cityman. It was a notable time in the evolution of cell phones because Nokia reduced the bulk of the phone to a mere 1.7 pounds. At the time, the president of the Soviet Union, Mikhail Gorbachev, used the phone and it took on the nickname, “Gorba.” 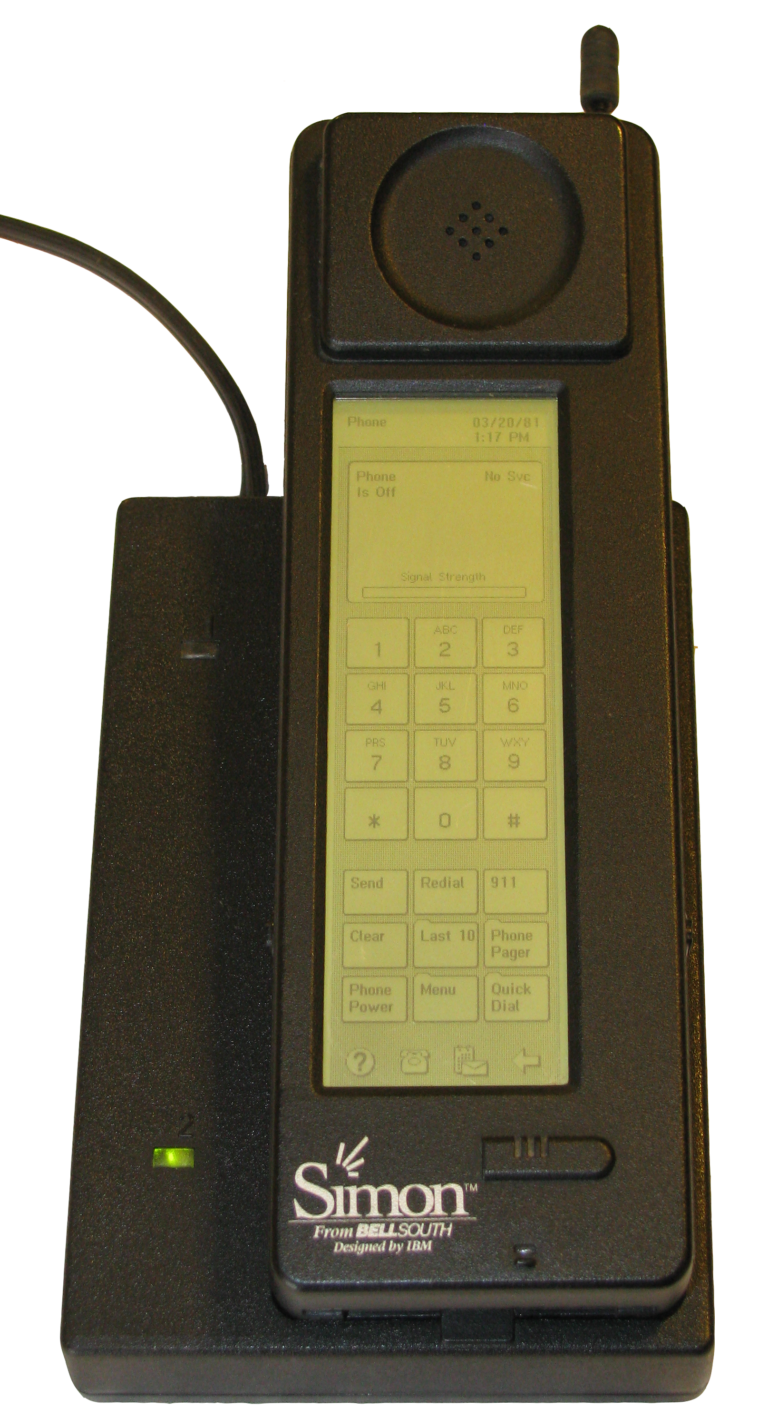 In a collaborative effort, IBM and BellSouth created the first cell phone to include telephone and PDA features in one device called the Simon Personal Communicator. The Simon had the capability to send and receive faxes, emails, and pages. There were applications available, like an address book, calendar, calculator, world clock, notepad, and the ability to use standard and predictive stylus input screen keyboards. This may sound familiar to what many of us are used to having access to today, but in 1994, the ability to make and receive calls was enough of an act of magic.

As the first phone that introduced the concept of form over function, the Motorola StarTAC was hugely popular following its release in 1996. Many of the features available on the StarTAC are reminiscent of today’s phones, but this was an important step in pushing the use of cell phones into a more mainstream society because of its less obtrusive presence with its innovative clamshell design. The phone also was able to use a lithium-ion battery when most phones of this period were using NiMH batteries which offered lower capacity. Not only was its design an innovation, but it was also one of the first phones to use vibrate as an alternative alert function.

Introduced as the first version of a smartphone in the American market, the Kyocera QCP6035 was released in 2001. It was with this cell phone that consumers were able to buy a product that combined a PDA with a mobile phone. With the QCP6035, consumers were able to utilize a Palm operating system in the mainstream market. The phone only offered 8MB of memory, so it was small, but mighty in its own right.

Although earlier versions from other manufacturers had been released in South Korea and Japan, the Sanyo SCP-5300 lays claim as the first camera-phone released to the US market. Obviously not as impressive as today’s cameras in smartphone, this was still innovative technology that would have a major impact on the function of cell phones. Photos were shot at 640 x 480 pixels and the phone was equipped with a basic flash, white balance control, a timer, and zoom. Most surprisingly, consumers were also able to use filter effects like sepia, black and white, and negative.

In 2007, Apple finally released what has now become commonplace in the name of smartphones. First to the market, Apple introduced the concept of using a mobile phone enhanced with the capabilities of a touch screen and Apple’s proprietary operating system. Android quickly followed, and now we have the competitive market of smartphones that are available today.

Although cell phones have come a long way, it is unlikely that there will not be even more innovations and advancements. Of course, those advancements all come with a price tag, but it’s just a matter of time before we find out what that might be. What were some of the things that surprised you the most about how much a cell phone used to cost?